Why do I write this blog?

I am not an entrepreneurship guru. I do not have ambition or experience to be one. I do not want to lecture on the right or wrong ways of doing business. I lecture at the university and that completely satisfies my desire for attention, self-importance and influence on the life of others, even if in a small way (at least five students each semester are genuinely interested in my subject).

Career of professional blogger is also not on my list. Of course, it would be nice to have an alternative if all of my start-up enterprises fail, but I am neither hilarious, nor have ground-breaking ideas about anything. My English is far from being perfect, since I am not a native speaker, hence do not expect sophistication and puns in my writing.

I write mainly for my own benefit. Writing helps to clear my head and gather my thoughts, fight stress and not to lose focus. Writing for me, as for many other people, is a form of meditation, since I have never been able to master the art of the real thing. I honestly have been trying to meditate more or less regularly for some time, always failing miserably. Instead of clearing my head and enjoying empty silence, meditation brought me more stress and more wandering thoughts. After I noticed that writing a piece about something leaves my head as empty as a white sheet of paper, I ditched meditation and started my blog.

On the negative side, writing a blog helps to procrastinate and find one more reason not to do the important stuff, while at the same time giving a false sense of accomplishment. It is not the same meaningless occupation as watching sit-coms on TV or checking FACEBOOK without any reason, isn’t it?

Anyway, to justify writing is easy, the questions is, why share it with everybody? Well, there are no real reasons for that, apart that I want to share. One day, while googling business related information I kept stumbling on the interviews and blogs of famous entrepreneurs and various gurus. And, despite how outlandish it may sound, none of their advice and experiences worked for me. It was not the first time, either. I remember some time ago sitting in the lecture of a guest speaker at my university – he is a very famous entrepreneur from Lithuania – and thinking to myself: “It is really interesting, what he is talking about, but I have not a clue how can this be relevant to anyone in this room”. And it was not relevant – he was too high above on the ladder for any of us to relate and learn from his experience. As a new entrepreneur in a country in the middle of nowhere, I find myself in this situation quite often. And I believe that I am not the only one, therefore I want to share my thoughts with people, who might be going through the same stuff.

I might not say anything extraordinarily clever, brilliantly innovative, or of “guru quality” in my blog. Most likely, my observations will be common sense for more experienced entrepreneurs. But, to my defense, I have read more than a few books, which did not say anything more than common sense, and they still were the best sellers. By the way, the same applies to any country’s strategic plans on innovation and economic growth, but nonetheless they are proudly presented as a new way forward. So, there is a fairly good chance, that sharing my experience will be interesting for someone out there and we will be able to discuss common hardships of entrepreneurship, celebrate our victories, solve our problems and laugh at silly things. And that is worth the effort!
Posted by Unknown at 12:37 No comments:

My lessons from one of the biggest Kickstarter campaigns failure

This night I had a terrible insomnia most likely caused by constant thoughts about my not so successful start-ups. This is not a rare occurrence these days (or more precisely these nights) – a side-effect of entrepreneurship, I believe. Anyway, around 2 am I became tired of mulling over the same problems and the same dubious solutions, however sleep was still successfully eluding me, so as per usual I sought the modern remedy for escaping real life – my phone. Somehow starting with the review of the best and the worst dressed at the Oscars, then going to the analysis of Donald Trump’s triumph at Super Tuesday I ended up reading a very interesting (but terribly long) article by Mark Harris about notorious Zano Kickstarter campaign. Zano was supposed to be a super small and a super cool drone for personal use (mainly selfies and videos), at least that was promised to its Kickstarter backers’ by the start-up Torquing Group. 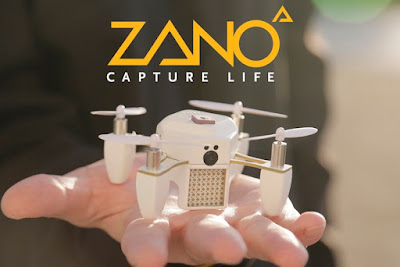 Their Kickstarter campaign was astonishingly successful – it ended with over 12,000 backers and $3.5m crowdfunded investment, which was 20 times Torquing Group’s original goal. As M. Harris states in his article, “it was, and still is, Kickstarter’s most funded European campaign”. But it is also one of the biggest failure of all Kickstarter campaigns: only four Kickstarter backers and some guys, who pre-ordered Zanos directly, did get their drones, which were a terrible disappointment, barely working and without any fancy features, promised by Torquing. The company itself went bankrupt leaving their backers without drones and without money. It is an awful story, which now is used as a case study by crowdfunding platforms as well as by technology entrepreneurs around the world. Lessons are multiple: from how to run (or not run – it depends on your point of view and, I guess, business ethics) a crowdfunding campaign and how to (definitely) not run a technology business.

Since Zano case occupied my time from 2 am till 4 am, I managed to read plenty opinions about the lessons which have to be learned from its failure. At some point I will give this case for my students – it is really educational. I personally also learned something – otherwise precious hours of my nocturnal life are terribly wasted. However, I am not so sure, that these insights are student-friendly, at least they are not for the freshmen. And so it goes:
To sum it up, this case made me realise that I pay too little attention to marketing and PR in my own start-ups. I believe I have a good story behind both of them, however, my attempts at showcasing it so far were few and inadequate. So now I am going to write a press release while inspiration is still there :).
Posted by Unknown at 18:13 No comments:

Why do I write this blog?

I am not an entrepreneurship guru. I do not have ambition or experience to be one. I do not want to lecture on the right or wrong ways of ...